Picked up late news of two Black necked Grebes at Barnes so headed off as quickly as possible and, when I arrived, started scanning from the Obs and then the hides along the South Route without seeing anything of the grebes. Apparently they'd been seen by the original observer (David Widdowson) at around 11am but not since. I did get a couple of juvenile Lapwing, and at least one ‘near juvenile’ Redshank – presumably a survivor of the original brood of four. It will be really exciting if this survives until it's ready to leave the site - the last successful Redshank brood was in 2007 when one juvenile was raised and was still present into July.

Went round to the dreadful new Headley Hide and scanned around, eventually noticing two grebes hiding under the tern rafts – sneaky Black necked! After a short while they came out swimming and feeding across open water, which should have provided great views. But this is the Headley Hide, so it didn't. From the hide, this part of the main lake is only visible through the big glass windows which make everything look blurry and makes taking even record shot photos extremely difficult. Then the grebes made their way towards the reeds and other vegetation in front of the Headley and hid themselves in it so they were out of sight. Thinking they might be visible from the other hides, I dashed back to the other side, trying first Dulverton then WWF, with one of the birds being visible from the latter, but very distantly. Really smart birds in full breeding plumage, and a patch tick for me! 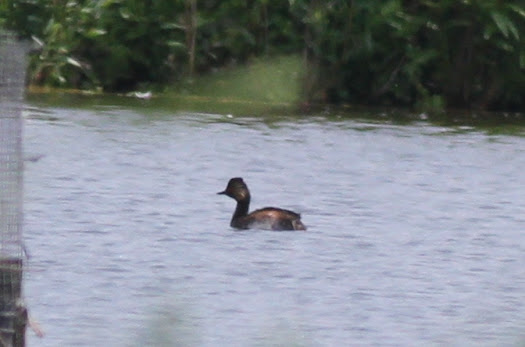 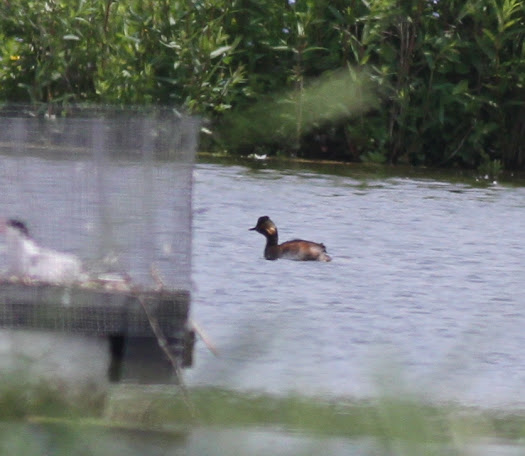 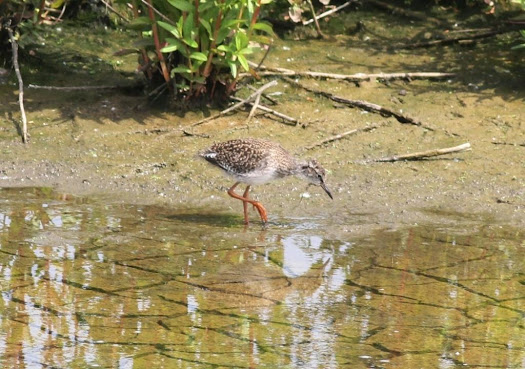 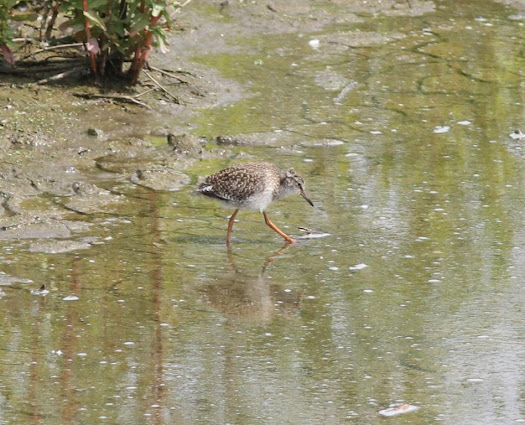 On Monday I had a chance for a half day trip out to Kent where Black Kite and Bonaparte’s Gull are present within a few miles of each other. The Birdguides directions for the kite were a bit vague but I got lucky and managed to find the site fairly easily. About a dozen people were staring across a valley where the bird had been seen an hour or so earlier, nothing showed except a couple of Buzzards for another 20 minutes or more, then some guys turned up saying that the kite was perched up on the other side of some trees we’d been looking at. A short walk down the hill and the Black Kite was a bit distant but giving good scope views in a tree. After a while it took off and circled closer to where we standing then drifted off out of sight. 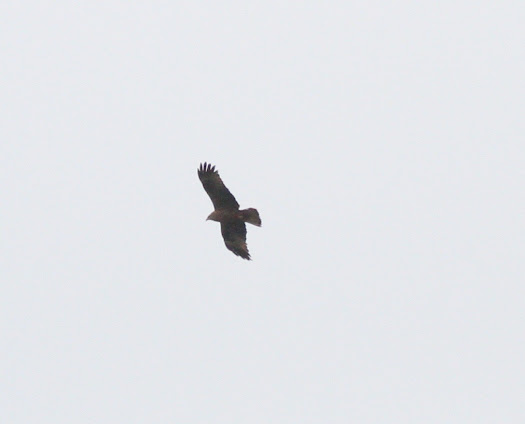 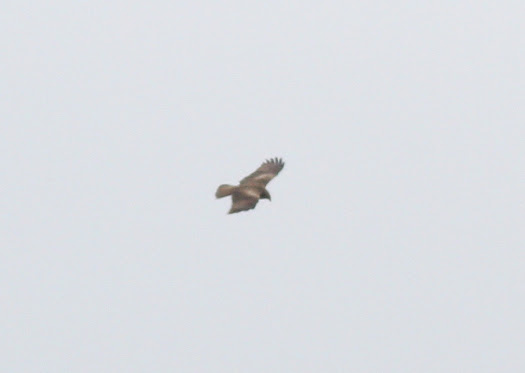 The Bonaparte’s had been commuting between Oare Marshes and Elmley RSPB on Sheppey. There was no news today but it seemed sensible to take a look since it was so close. I arrived to hear it was showing and a quick scan of the scrape and islands revealed a 2CY gull smaller than the neighbouring Black headeds with smudgy charcoal grey rather than brown head markings. It did nothing for ages then a crow put up all the gulls on the islands and the Bony’s settled down to feed on the water with a fast picking Little Gull action (almost like a phalarope). The light was really awkward: mostly dull, but constantly changing. The nearly white water and a pale gull causing problems for my (and other people’s) autofocus. I managed to get a few shots with the exposure more or less right using manual and messing about with the exposure compensation. It was some way out on the scrape so the following shots are mostly with a 2x converter and fairly heavily cropped. It was much easier to pick up on the water, looking tiny compared to the Black headed Gulls (even those of the same age) so perhaps this is a female? The grey nape wasn't always particularly conspicuous, but shows up well in the second shot below. 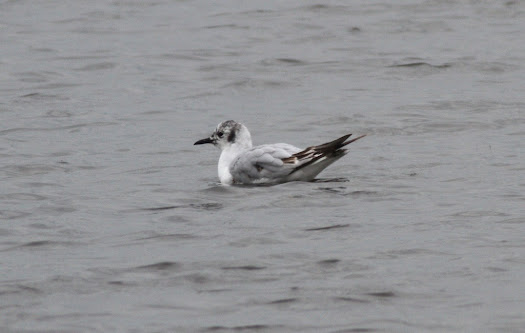 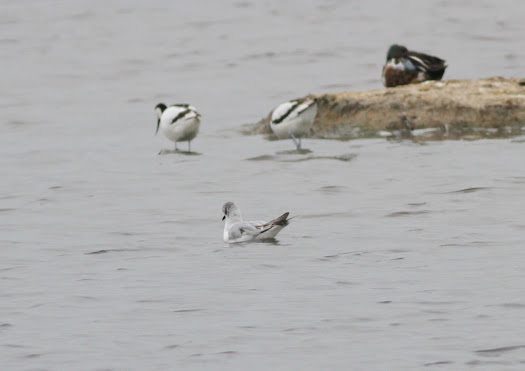