Two shrikes and you're out

Two grey shrikes within 20 miles of each other made a tempting day out. First call was Wall Farm NR where the Steppe Grey Shrike showed well as it worked the hedgerows on two sides of a field. While sometimes distant it frequently came reasonably close (although I struggled to get any decent photos even with the 2x converter stuffed on the end of the 400mm).

The rise in DSLRs seem to have changed the meaning of 'showing distantly' which, when I was twitching in the 80s, used to mean the bird was a barely identifiable (sometimes unidentifiable) dot only visible through heat haze and possibly asleep. Say like a Long toed Stint. Now it seems to mean it's not a frame filler with a walkabout lens. OK, it was quite a bit further away than the first Steppe Grey I saw in the UK, though.

This bird had been present for a few days but the ID had taken a couple of days to be pinned down. 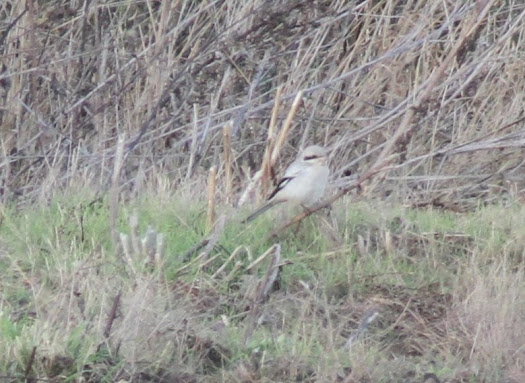 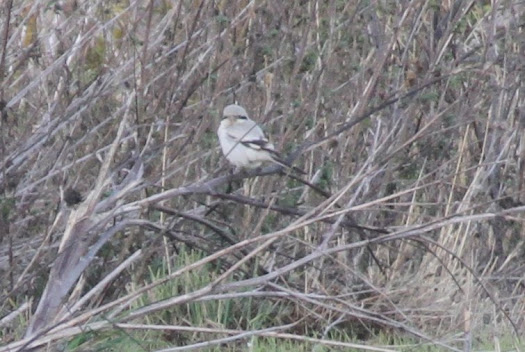 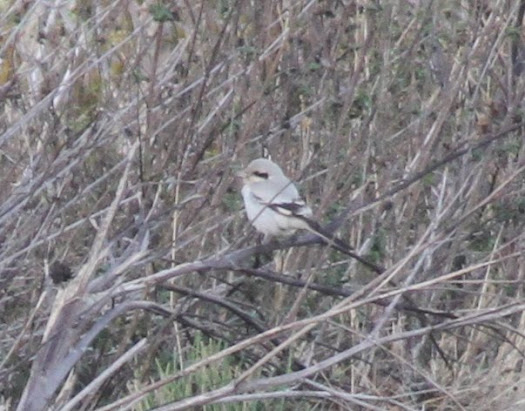 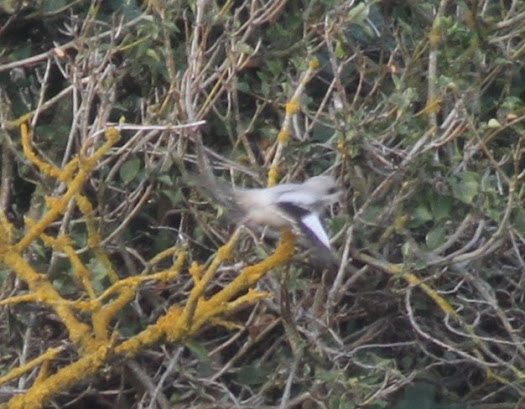 Collins describes the tail as 'rather short' (ie compared to other members of excubitor - Collins takes a different taxonomic line to the BOU) but this really wasn't obvious in the field.

After watching the bird for a few hours I headed off to Cannock Chase where I tracked down the Great Grey Shrike after exploring for around 30 minutes. Equally stunning bird (and perhaps slightly more satisfying since it meant finding the bird in a few square miles of suitable habitat).
0 comments