Tufted numbers good (c 5 pairs plus 4-5 additional males); Grey Wag over calling. No sign of Gadwall, Teal. Blackcap. At all. Anything.
0 comments

This week staying in deepest France - about 25 miles SW of Poitiers near a village called Souvigne. We're right out in the countryside in an 18th century farmhouse with about 6 acres for the kids to run around in. No actual birding done but highlights from the garden and surrounding countryside include: 3-5 Turtle Doves purring at all times, loads of Cuckoos including at least one calling all through the night, a single Hoopoe, Cirl Bunting singing in the hedgerows around the village, Black Redstarts breeding in the barn (plus several other pairs locally), 1-2 Melodious Warbler, a few Serins, and up to three Tawny Owls calling.

Below, fields around the cottage with Cirl Buntings singing somewhere off to the left. 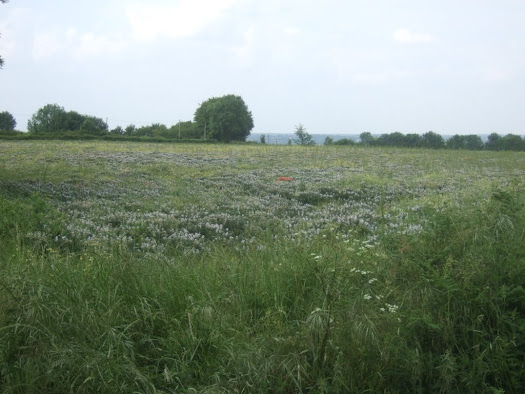 Trip round Thursley to try and pick up the local specialities (Wood Lark, Tree Pipit, Redstart, Curlew). Heading out from the Moat car park (Goldcrests and Coal Tit in the woods) had a Snipe flying over flushed by dogwalkers, loads of Whitethroats (but no Dartford - recorded numbers have been really low here following the severe conditions last winter), Cuckoo singing, Redshank calling from somewhere, millions of Chaffinches (at least 40 over the whole site), walking south from the boardwalk (past the dragonfly sing through the stand of trees that used to have breeding Redstart before the were burnt down) picked up a big raptor that immediately resolved itself into an Osprey soaring over and then behind the tree line. 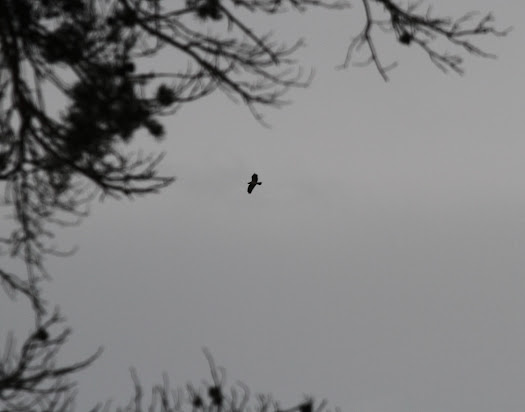 Heading further south, picked up a series of Tree Pipits singing, then started up a sandy track heading uphill that produced at least 2 Willow Warblers, 2 Buzzards, singing Redstart, another couple of Tree Pipits, a few more Cuckoos (for a total of 3-4), Stonechat and, looking back north the Osprey again - this time perched in a tree. 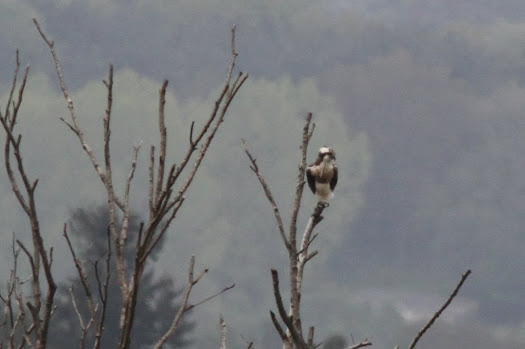 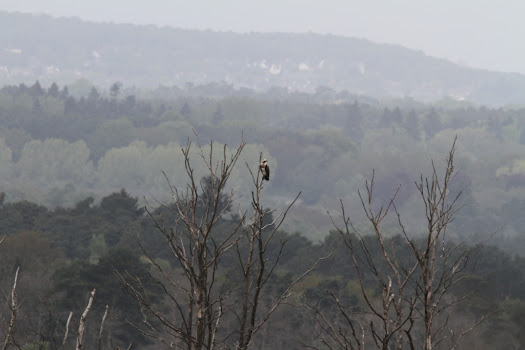 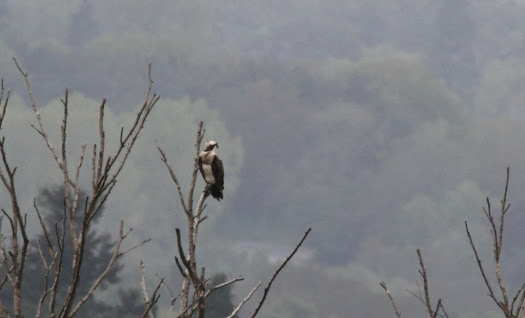 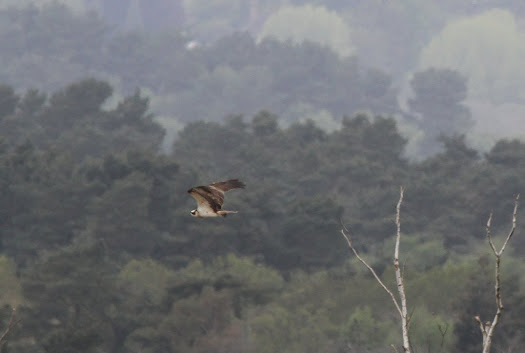 New camera arrived in the week. After thinking about buying one since last autumn (to replace my ancient 300D) I finally decided on a Canon 7D and watched the price drop. Had planned to wait until the price went down a bit further but I've watched it plateau for a bit so decided to go for it. Decided to take the camera out for a walk round Barnes with the family (partner + kids). Had a Hobby flying over the car park, one of DEFRA's Most Wanted on the Main Lake, 2 LRP, summer plumaged Dunlin, c14 Common Tern, Cetti's, 2-3 Sedge Warbler, 8-10 Reed Warbler.

Below an amazingly poor photo with the new camera. 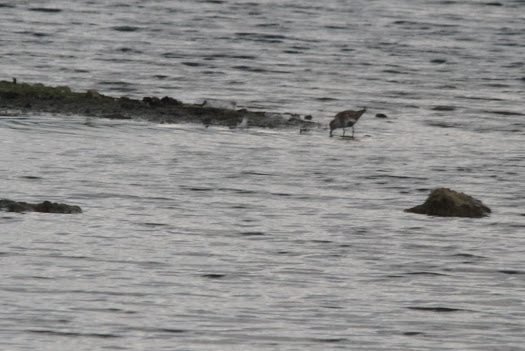 Looking into the Wandle Delta saw something bobbing around behind the log near the Coots' (current) nest. For a second I thought it was a Grey Wag then realised it was a Common Sand. Not exactly rare here, but still a patch tick for me. 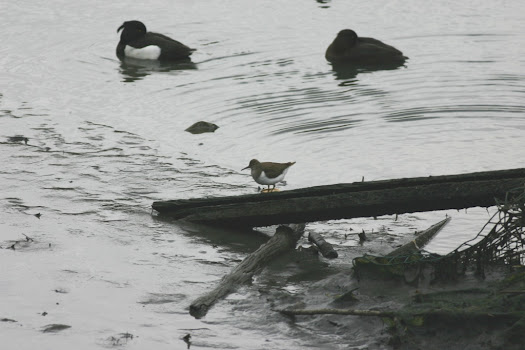 Also the regulars including 4 Gadwall and the Blackcap still in the same place.
0 comments

Lots of the regulars singing, including a Blackcap near the underpass. Also the local Grey Wags carrying food/ nesting material.
0 comments

Struggled through appalling traffic to a bit of green among loads of houses - all signs of a dirty twitch. Parked on a residential road (lose 3 points) and walked towards the woods, half way through which you could hear the Iberian Chiffy blasting away. Wasn't too difficult to get on - at first glance looks like a bright Chiffy. Would disappear into the canopy to feed and then circle round, sometimes perching in a bush only about 20 feet away. Interestingly (maybe) the super in front of the eye often looked quite indistinct but close up in full light it looked a really rich yellow. Walderslade isn't that different from my local patch at Wandsworth Common (except not in the middle of London) - must have been a real shocker for whoever found it.

On the way back (sort of) dropped into Lenham Heath for a really obliging Hoopoe which even raised its crest a few times (deafened by cameras). Also took a strong contender for my worst ever photo - phonescoped.
0 comments