My first visit to Scilly for about a million years started badly. I left the house shortly after 5am last Tuesday and arrived at Lands End airport at 9.15. Although the weather had been fine all the way down the last 10 miles it had been raining and the airport was covered in fog. Flying on time looked really unlikely and I was too late to get to the ferry in Penzance. None of the weather forecasts were very helpful and it was difficult to decide whether there was any chance of flying today. Eventually gave up and headed off to Drift Reservoir in the rain where I had fairly distant views of the Lesser Yellowlegs but no sign of the Semi-P.

On returning to the airport I found out there would be no flights today and headed off to Pendeen to year tick a few Manx Shearwater in the rain before driving to the Lands End youth hostel (OK curry, good treacle tart, local beer) where I had a 4 bed room to myself (nothing to do with the curry, honest).

The next day was bright and clear and my 9am flight deposited me, 2 other birders and 3 others on St Marys at 9.20. After a slightly frustrating wait for transport we were dropped as close to the Garrison as possible and headed through the campsite to find the Baltimore Oriole. After only a 10 minute wait the first winter female showed really well in the corner of the pig field. 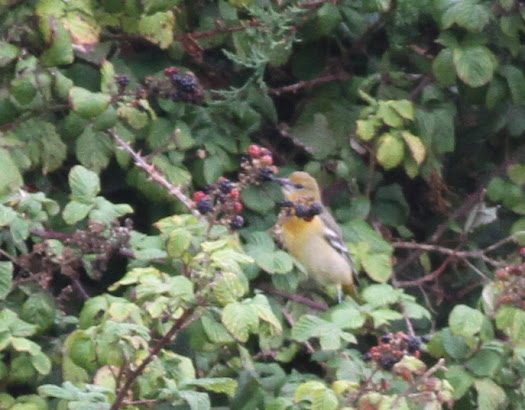 The rest of the day involved sorting out accommodation, searching for the Solitary Sand (dipped), Black and White Warbler (dipped by 5 mins) and the Red eyed Vireo (dipped by 10 minutes). Then round to the Dump Pool where the Northern Waterthrush had been showing in the evening. Four hours later (three of which spent sitting in Higgo's new hide) produced nothing but a few mosquito bites.
0 comments 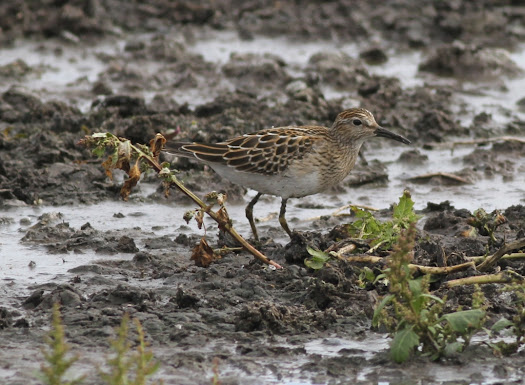 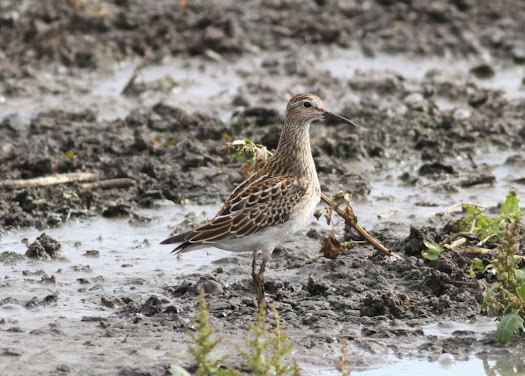 I had a quick scan of Birdguides yesterday at 3.30 and saw that a Spotted Redshank had been seen an hour earlier at the London Wetland Centre - potential patch tick! Dashed over and was watching the bird before 4pm. A really smart juvenile that mainly fed in the vegetation around the islands and so was sometimes not that easy to see. It often fed alongside the juvenile Ruff that's been present for a few days. Seeing the two together, the Ruff is very obviously a male since it's around the same size as the Spotshank. 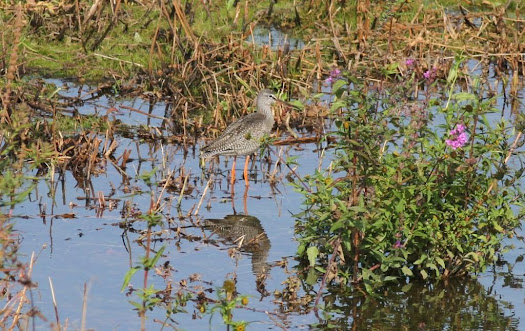 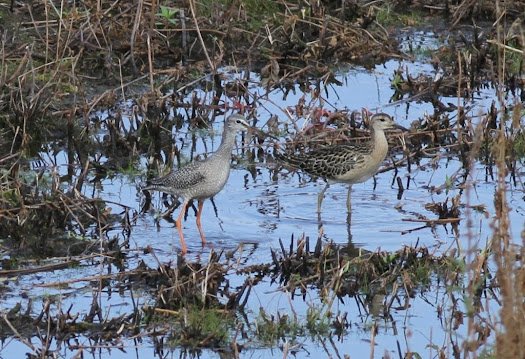 I also took a few videos which I'll sort through and post anything half decent here. A quick scan of the grazing marsh and the rest of the scrape turned up this Whinchat on the purple loosestrife. 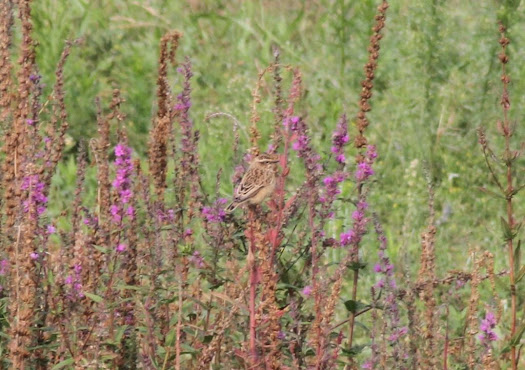 This was a bit more distant and taken with the 400mm and the 2x converter.

Just looked at Birdguides again. Whiskered Tern on the Main Lake at the Wetland Centre for 5 mins. Oh well, I've missed a few good birds at Barnes (eg the PGP) and I'm sure this won't be the last.