Visited friends in Bristol at the weekend and couldn't resist a trip Welsh side to the Blue winged Teal a Sandy Water Park. Nice patch - as well as the Teal also picked up Little Gull and Kingfisher. The local woods seemed to have picked up decent numbers of migrants with both Chiffchaff and Willow Warbler singing. 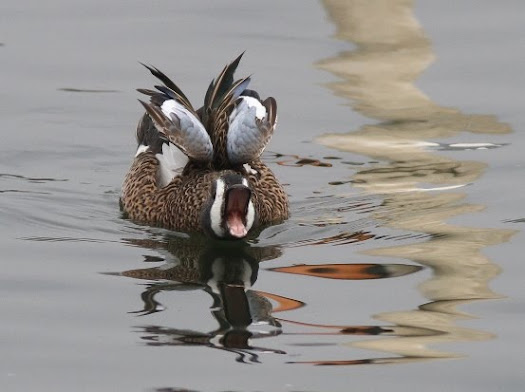 OK, I did - Weak-willed Treecreeper at Landguard

Since I suspected I was going to cave and see the Treecreeper anyway I decided to go on Friday rather than Saturday since the compound can be difficult to see into when it gets crowded.

This was an after work trip, when I got there a little after 3 there were only a dozen people. The bird showed within a few minutes (and only for a few minutes) on the side of one of the Holm Oaks. We then lost it for a bit before it reappeared feeding low down on small branches. Although you wouldn't know it from the photos below it often showed very well, frequently feeding low down in small scrubby bushes.

Poor light and too many branches for the autofocus (and my lack of ability) resulted in these shots: Sunday: Collared Dove on the north half of Wandsworth Common today. I occasionally see these at the bottom of the Common but very rarely this far up. Possibly a local range expansion? Or maybe just a random flyover.
0 comments

Saturday: a bright sunny day raised hopes of a few migrants in at Barnes (maybe a Chiffy, Sand Martin or LRP). Redshanks are fairly new in - six birds across the site. This one from Dulverton Hide. 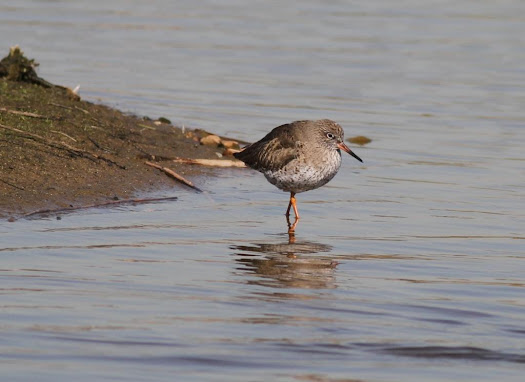 Also from Dulverton had a burst of song from a Cetti's and caught a flash of brown that looked Cetti's-like so just picked up the camera reeled off a few shots. 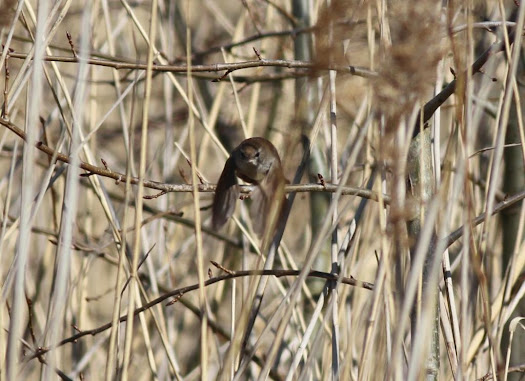 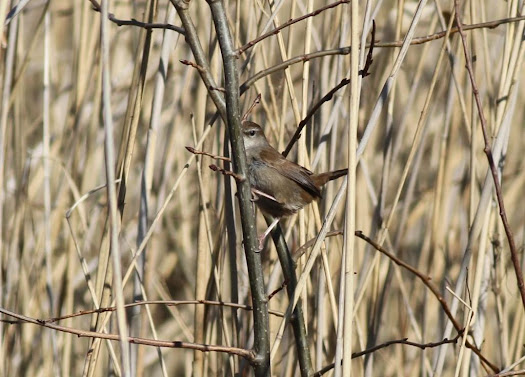 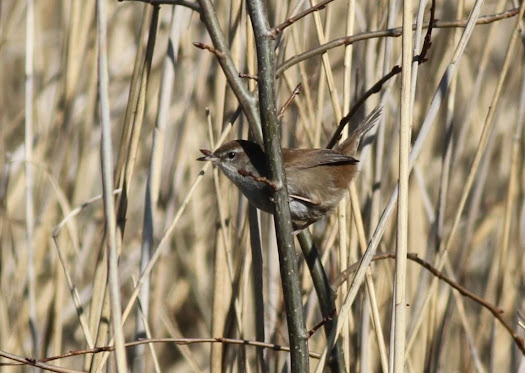 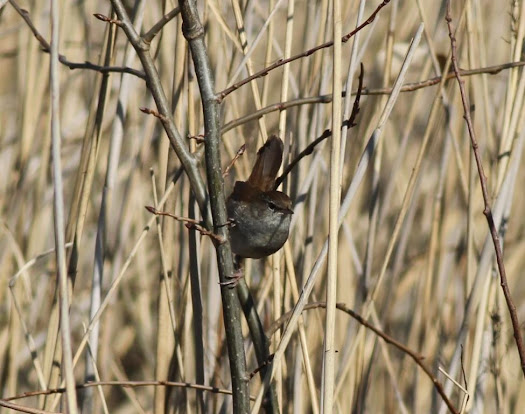 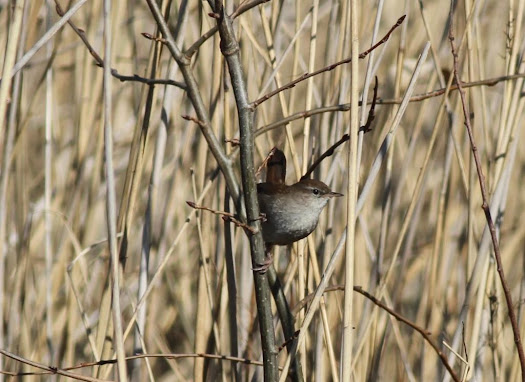 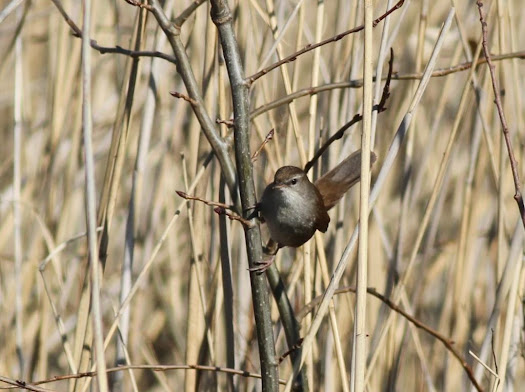 Had great views of the Water Pipit from the WWT Hide feeding on the edge of one of the Main Lake islands. Was able to get a few shots and also a video. 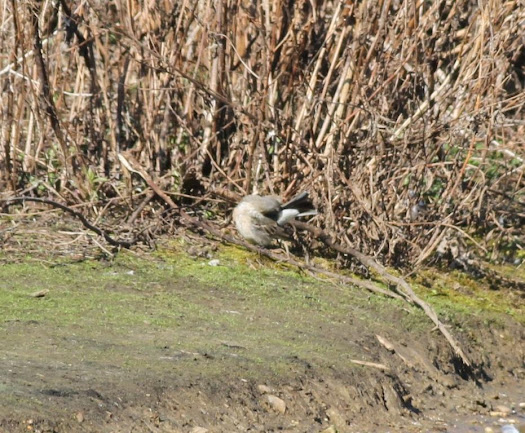 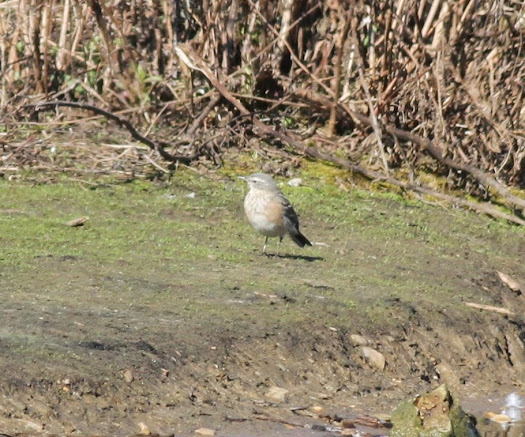 This shot at 800mm with the 2x converter. 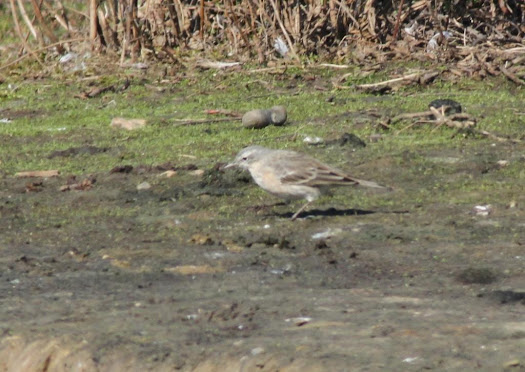 In the hide one of the regulars gave me a heads up to a Brambling showing at the WWT Feeders - this would be a 'deck tick'. I've heard a couple overhead in autumn but never one on the deck. 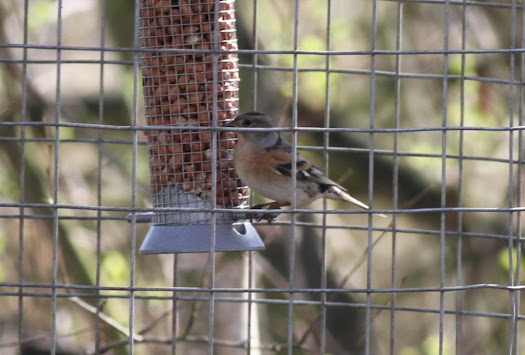 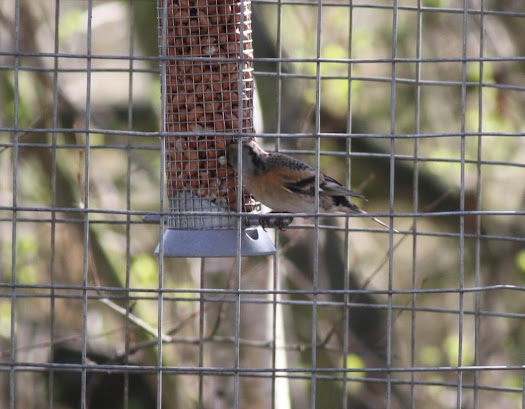 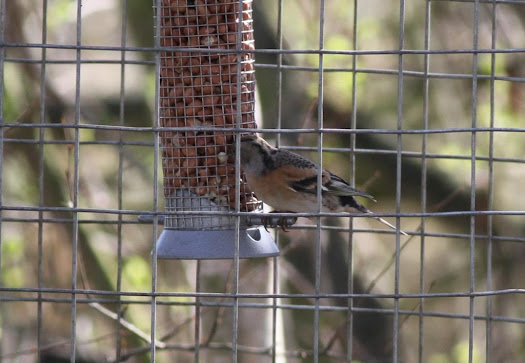 Also on or around the feeders: 3 Reed Bunting (2f, 1m) and a GS Woodpecker. A walk around the Sheltered Lagoon turned up a single Chiffchaff - not calling or singing but presumably fresh in since I've not seen any Chiffies here since the snow. 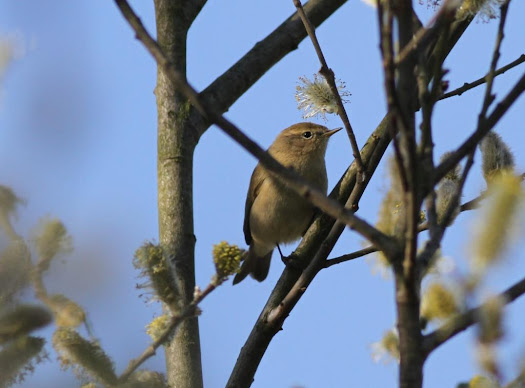 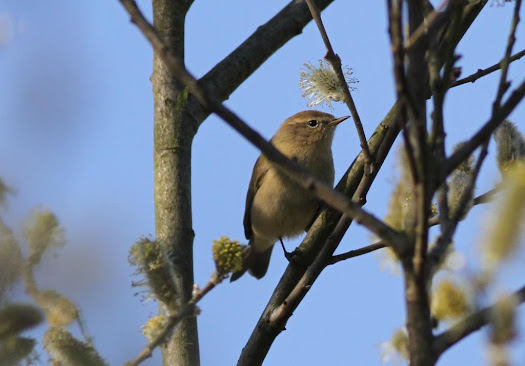 From the Peacock Hide were 3 Dunlin still in winter plumage, the Water Pipit dropped in to feed on the islands, several of the Lapwings were displaying, another 5+ Redshank (so at least 6 in site), still around 30 Wigeon present and a total of 10 Snipe on site. 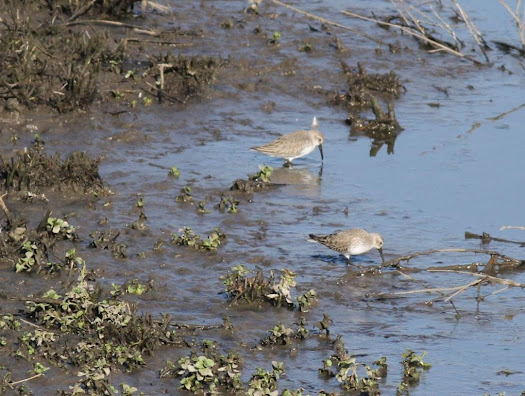 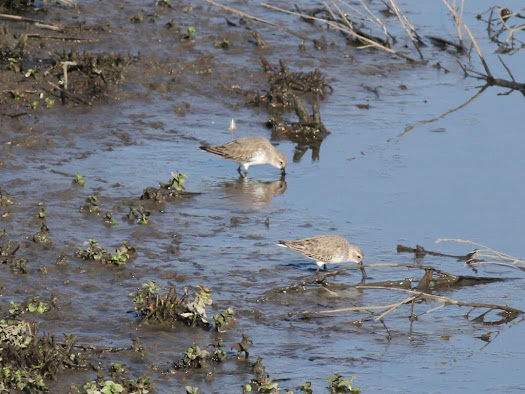 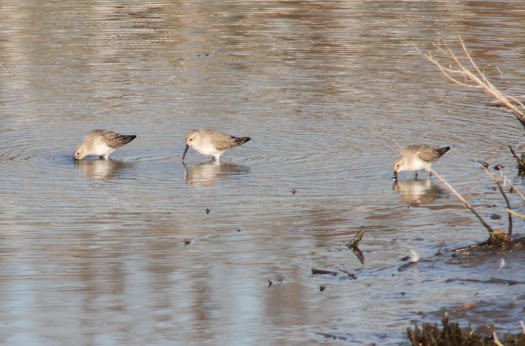