Picked up the news of a Melodious Warbler singing in Leyton before 9am but had a few family things to do first so I wasn’t free until noon. One of the fun features of the Birdguides iphone app is that it’s really quick to see how far away the bird is (although with the irritating reminder ‘that this may not be the exact location of the bird’, I think we get that). It read 13.3miles with an estimated travel time of 33 mins. Now for anyone living outside of London or any other major town, that might seem reasonable, but 13 miles in London is really at least an hour, maybe an hour and a half with extra roadworks. I couldn’t really face the drive so I put off going by doing some work, but eventually cracked and jumped in the car. Arriving an hour later I joined a small group of people eyeballing a holly tree. The Melodious Warbler showed well on and off in the holly and the cherry trees next to the road. A brilliant find by Stuart Fisher who heard it singing on his way to work. When I got there the traffic noise was so loud I could barely hear a Robin singing about 20 feet away, so picking this up was a really good catch.


While the views were quite good, getting a photo was tough. When it did perch in the open it was only for a few seconds so these shots are through the leaves. Interestingly it showed quite heavy pale fringes to its tertials, secondaries and greater coverts. 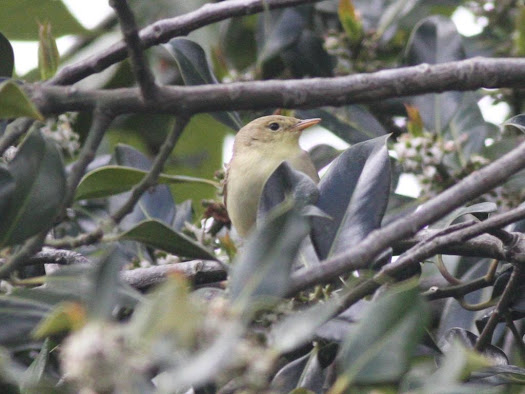 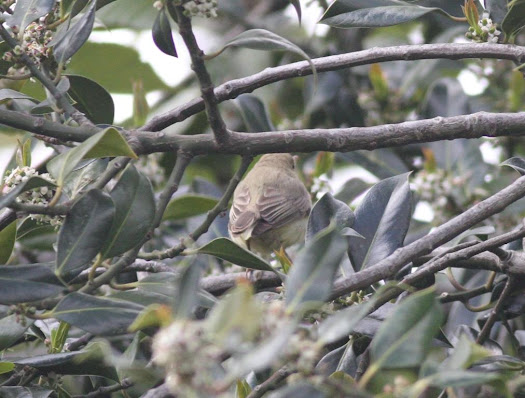 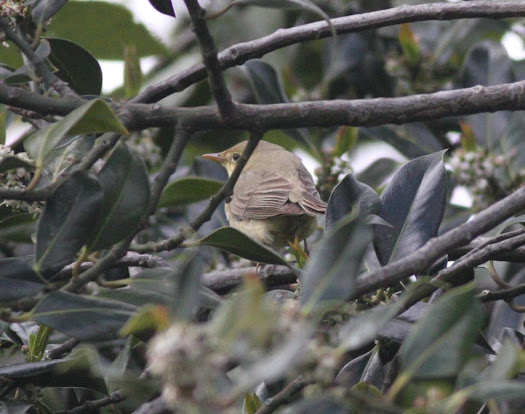 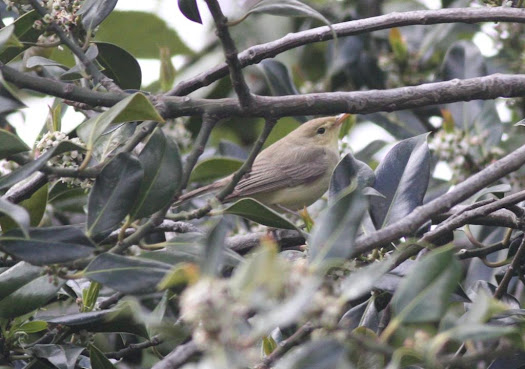 Why the post title? Cos That's Entertainment is the best London Melody (and one of my favourite tracks ever).
0 comments

A morning trip to Barnes on a chilly and grey May day brightened up with a flock of at least 15 Yellow Wagtails on the Grazing Marsh. Initially quite distant they slowly worked their way around the bank. One of them was a very attractive and interesting bird that at first glance I thought might be a Channel Wagtail (a hybrid between flava and flavissima) since the head colour was very pale grey but the grey extended out onto the mantle and scapulars and the supercillium was bright yellow.

I had a look at a few books, mags and websites when I got home and found out that some flava do have yellow supercilliums (called xanthophrys) but I don’t see that a hybrid between a ‘xanthophrys’ flava and flavissima (which might have a yellow supercillium) would also have the pale grey mantle shown by this bird. There is a green tinge to the scaps but it’s mostly grey.

Maybe a hybrid between a Channel Wag and a standard flavissima could show this combination? But I still don’t see where the pale grey mantle comes from. So maybe just an odd Yellow Wag with some kind of colour abnormality? Stunning bird whatever it is. I shall try to do some more homework, but all ideas welcome. 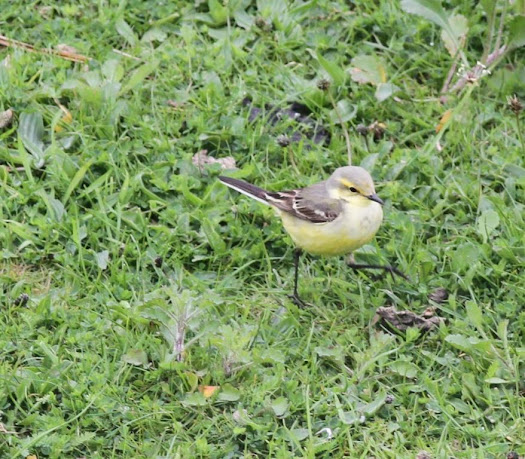 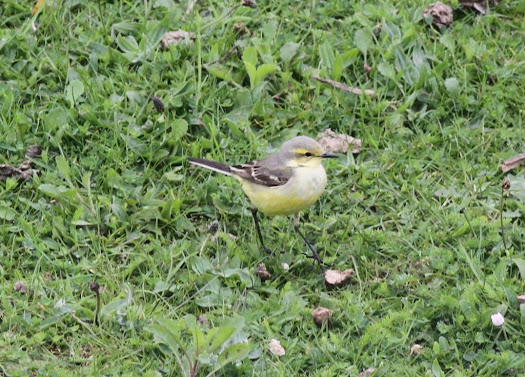 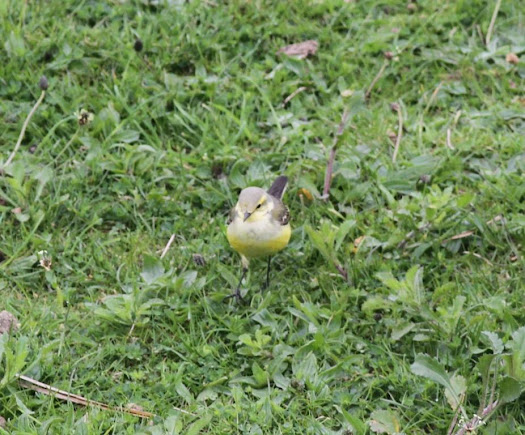 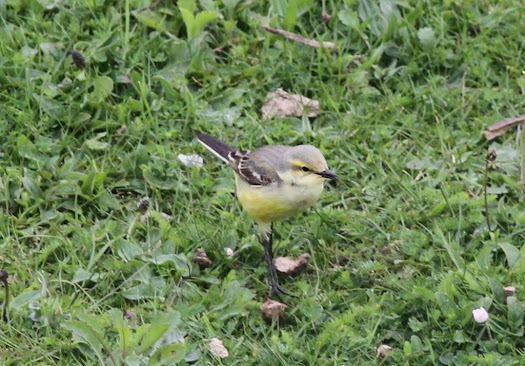 UPDATE - just seen that this has been reported as a Blue headed Wagtail (flava) on Birdguides. I don't see how it can be, but interested in comments.
1 comments