Anyone who read the brilliant Counting Coots blog will know the saga of the Wandle Coots and their Darwin Award winning inability to get fledge any chicks. Their latest attempts are two nests on the Wandle Delta. One (the same one as yesterday) is pretty utilitarian whereas the other shows a certain design flare. 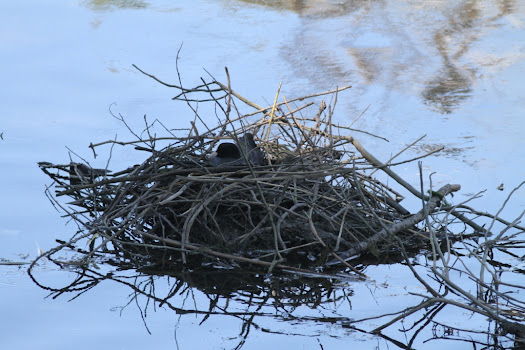 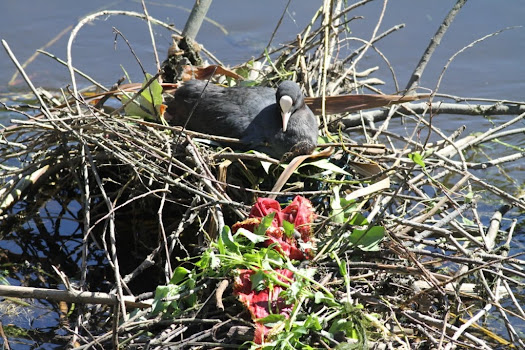 A trip to the Thames and Wandle with the boys showed some of the local breeding success with a newly fledged Chaffinch alongside Trinity Road where a male had been seen singing and then carrying food earlier in the year. 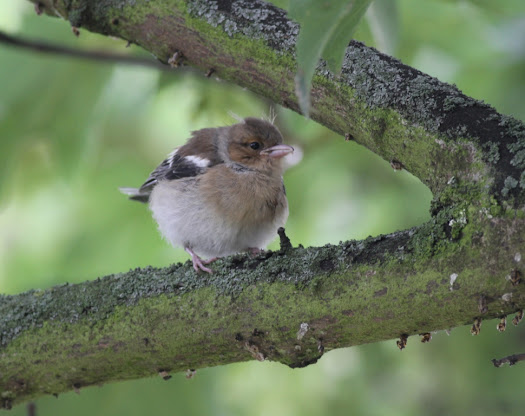 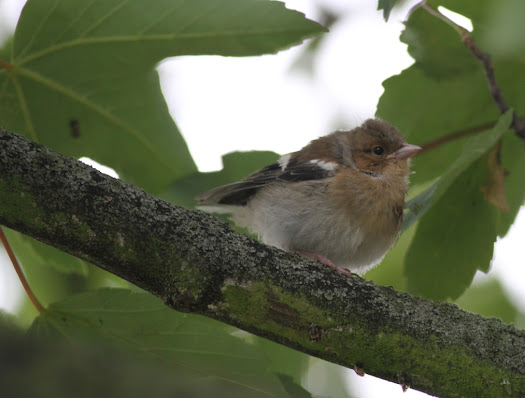 The Thames held a limited range of gulls, just three species with Herring, Lesser Black backed and Black headed present. Alongside the Wandle a Great Tit carrying food was probably raising a second brood and a male Grey Wag was singing and calling – not sure if this year’s brood has been successful. 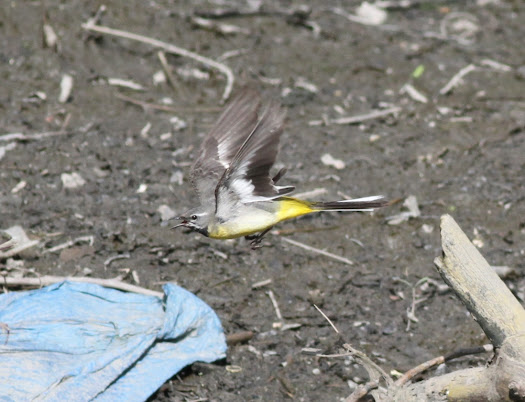 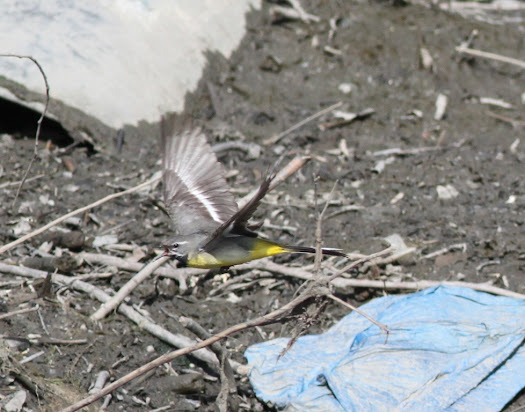 Along the Daylight Path the male Whitethroat was singing. I'm not sure if that means he’s still looking for a mate or is just maintaining his territory. As far as I know some birds carry on singing even after they’ve found a mate whereas others stop singing, but I’ve no idea which category Whitethroats fall into. I've certainly heard other Sylvias singing when they’re raising a brood so Whitethroats may well do this as well. The images below are a bit over exposed as I had to quickly manually frig the numbers as the bird hopped up on a twig and down again. 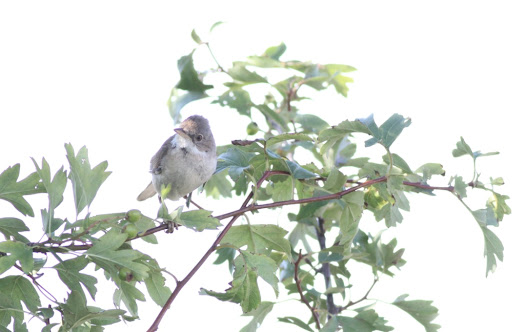 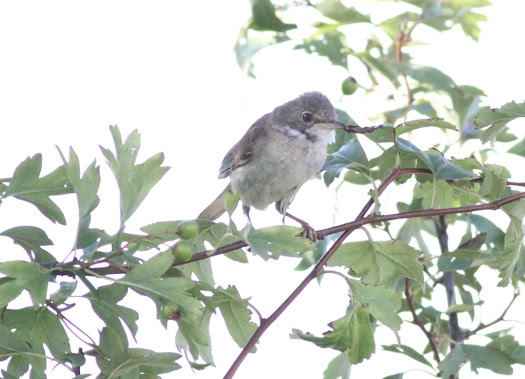 I occasionally hear Stock Doves singing from the tall trees alongside the Wandle but I suspect that they don’t breed here – although I assume they do over in Hurlingham which is where these birds probably come from (although Wandsworth Park is another option although I'm not sure they breed there). 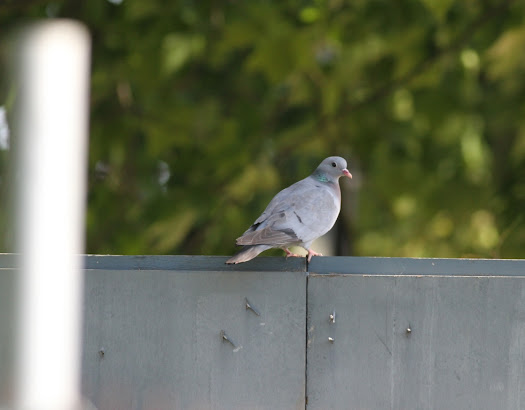 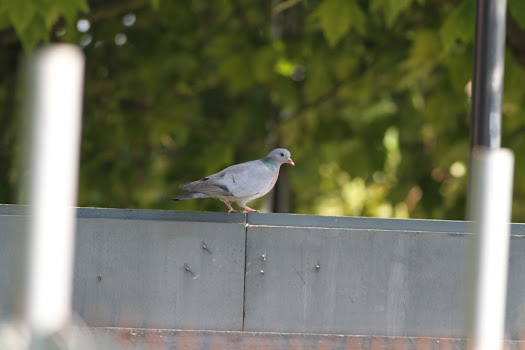 The Coots made famous by Thing’s blog are also trying again to build a nest on the highly tidal delta. This is the latest low-water effort, complete with emergency escape pod disguised as a football. 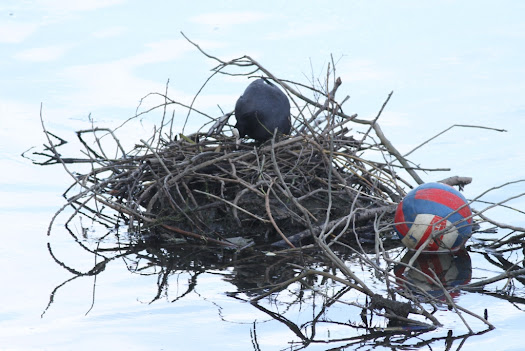 To the ends of the earth

Sometimes the twitch and the bird combine to make a brilliant day. News of a White throated Robin at the other end of the world (Hartlepool) filtered through mid morning. This is usually way beyond my twitching distance but for such a cool bird the rules had to be broken. I had some work to finish first so I couldn’t leave until just after noon and ran into endless traffic problems on the way north (M1 partially closed, massive traffic restrictions, etc) so I didn’t arrive until 4.30pm when I managed to park just twenty yards away from the bowling green. By this time it hadn’t been seen for around an hour (long trip for a dip) so after waiting for 15-20 minutes I headed off for a general wander. Bumped into someone who said it was showing in the doctor’s garden – the other side of a ten foot wall.
What happened next was inspired chaos: two guys quickly had their vans against the wall while guys with ladders strapped to vans appeared out of nowhere.
First the vans. 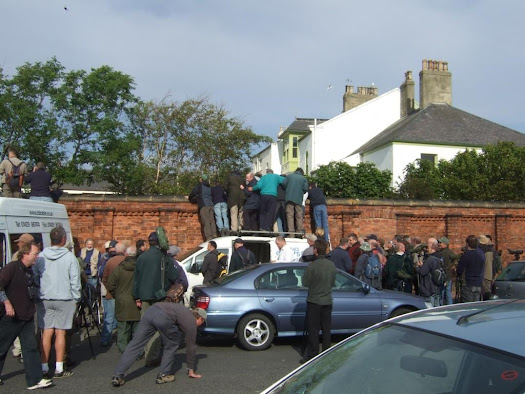 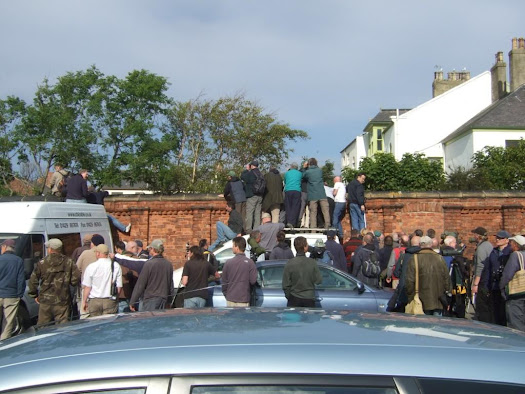 Then the ladders appeared. 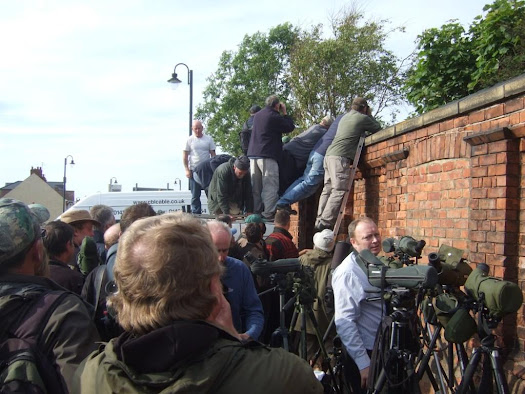 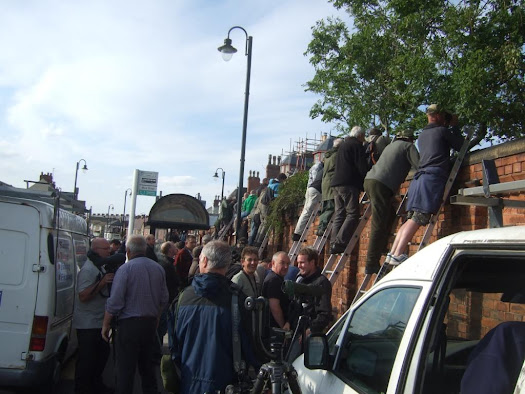 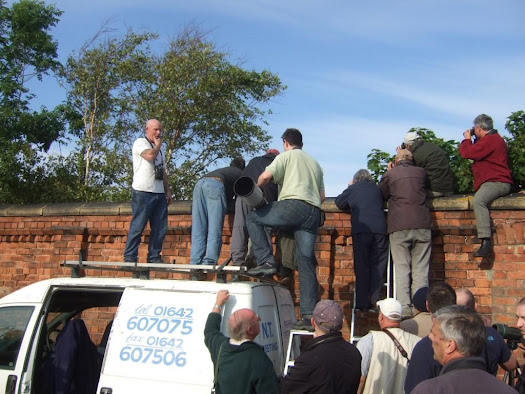 There was a crunch from one of the van roofs as the weight of birders covered in kit got too much for it.
I eventually got onto one of the vans and looked over the wall to see the White throated Robin sitting in a shallow depression under some rose bushes. Frankly it looked like someone’s stuffed toy. After two minutes I jumped down to let someone else take a look and waited for a turn at a ladder.
Later had much better views as the bird bounced around the compost heaps at the back of the garden. 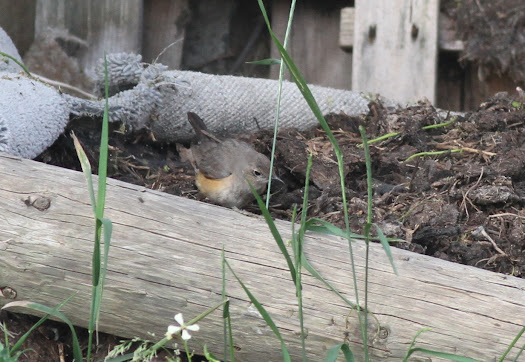 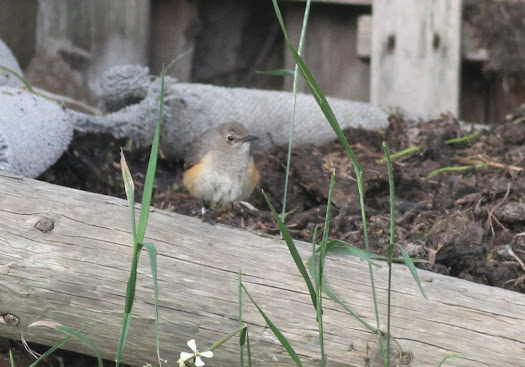 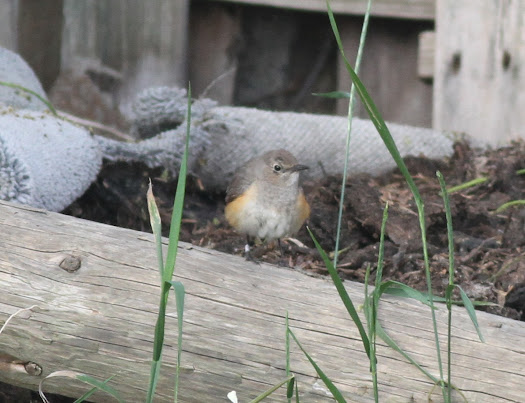 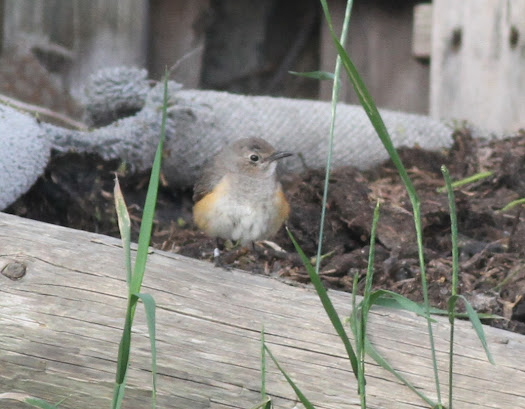 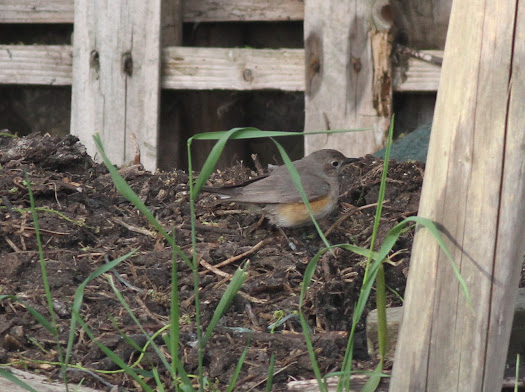 All the guys who had brilliant views of the bird from the doctor's garden missed out on one of the best twitches ever.

Stopped off on the way home for the stunning male Red backed Shrike at Seaton Carew. Only took the point and shoot but it was showing brilliantly so should have taken my SLR. Hence these two handheld digiscoped shots. 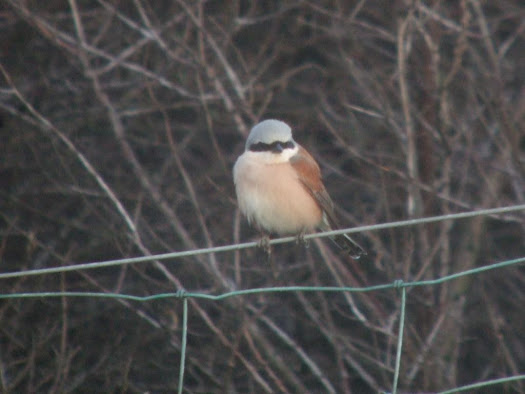 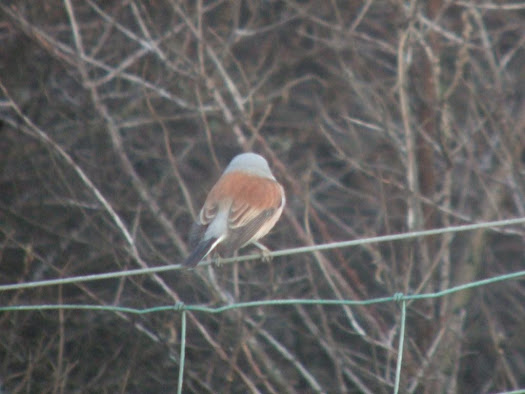